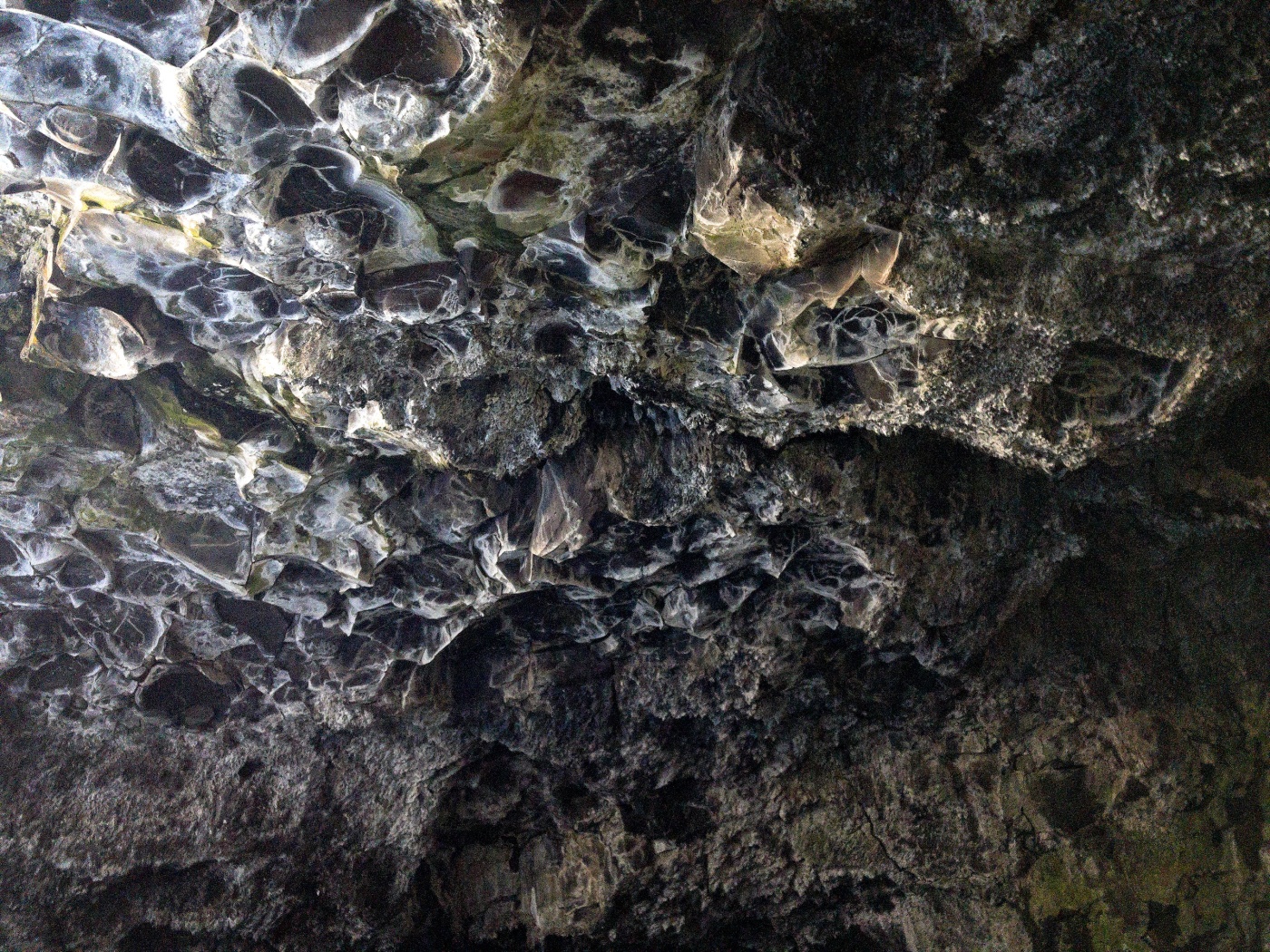 Yesterday I wrote about how The Alien Rock had fallen from the ceiling above during a collapse of the lava tube. This is the ceiling it fell from. The amount of texture in it is hard to comprehend without focusing on small areas one at a time. There is the brighter, mirror-like rock near the hole in the cave ceiling; the gritty, rough rock on the cave walls and further away from the opening; the convex shapes created when the rock breaks free from where it was deposited when the lava tube was active. During our time at Craters of the Moon National Monument, the textures were amazing and unlike anything I had seen in person. I hope this picture gives a sense of that vision. 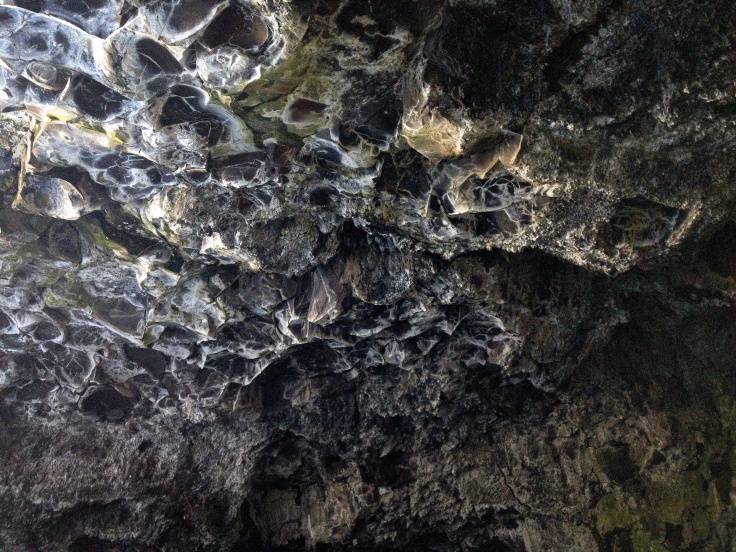